However, now is the time for something different and very important to now consider. One of the biggest coming trends in our lifetimes that will completely change public transit and all TOD projections. Nothing you are voting on now is prepared for what is coming to Honolulu and Hawaii by 2020.

Every one of you need to watch this extremely important international presentation by a world leading forecaster of a major Energy and Transportation “virtual tsunami” that will hit Hawaii by 2020. It’s 53 minutes. It will CHANGE EVERYTHING about the premise HART Rail and TOD plans are based upon.

Clean Disruption - Why Energy & Transportation will be Transformed by 2030

The rapidly growing self-driving vehicle industry covers everything from road testing to software development, electronics, styling design, automotive servicing, mechanics, and offers major entrepreneurial business and job creation opportunities. And like it or not, this is THE major coming transit phenomenon.

Driverless Vehicles will revolutionize all concepts of Public Transit and Transit Oriented Development. Less than 3 years away, will change everything about how people will go to places in Hawaii. In 5 years this will be as ubiquitous as cell phones today.

Self-driving cars will be the "private industry capital" needed for public transit innovation that is favored by the current DOT administration and was already receiving big support from the previous DOT administration. A lot of the smart capital investment money is going into it.

This could even be considered as an FTA Recovery Alternative for HART Rail that the new DOT Secretary could support as another option to consider. Hart Rail is still many years away (likely 2026-29, maybe) from ever being a revenue generating system and by the time it is operational in ANY FORM the Smart self-driving vehicle industry will be the choice ride for nearly everyone. HART has never factored the effect of this major new technology in their ridership projections.

Honolulu HART Rail ridership estimates and TOD concepts need to be completely revised to be relevant.

While other states have permitted testing, California has just taken a major step forward for the self-driving vehicle industry. Given California's size as the most populous state, its clout as the nation's biggest car market and longtime role as a cultural trendsetter this will most certainly will affect Hawaii in the near future. The State Legislature should examine the process California underwent to move self-driving vehicles forward. 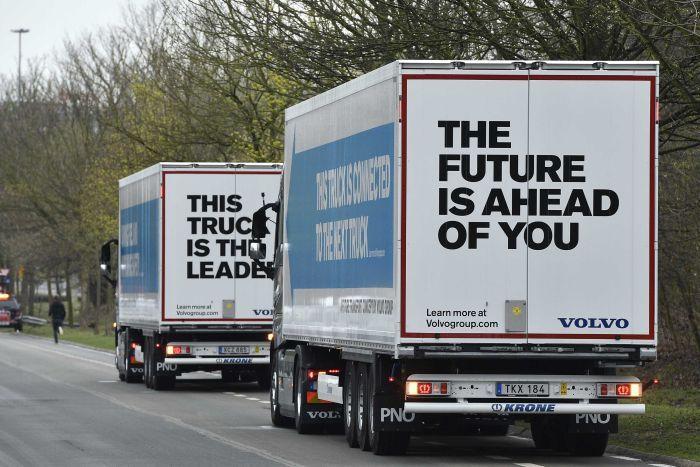 Most major self-driving vehicle developers see 2020 as the new decade year when the combination of many technologies become mainstream with widespread deployment and public acceptance. Smart phone applications, social media and popular movie, TV and internet media fueled by major advertising budgets will all help drive it forward very quickly as the technology is rolled out everywhere. Hawaii doesn’t have to be the last place this happens.

The Governor should act immediately along with the State Legislature to bring the major self-driving vehicle developers like Google and Apple over to Hawaii to brief the University and State legislature on the many possible job opportunities and benefits. Smart vehicle testing and product development in Hawaii would be a real high tech boom, with grants and jobs for college students and researchers.

The internet is just 21 years old and has largely transformed American society in almost every way. Smart phones have become a world-wide ubiquitous "must have" commodity in only 5 years, containing digital cameras, GPS, useful apps, vast storage and huge computer processing capacity as part of Cloud networks.

Driverless vehicles are tapping directly into this already built and growing phenomena of many technologies, including fashion trends, in ways that most people have not yet imagined what the revolutionary implications are for public transit.

Driverless Vehicles Will Be Economically Successful With Many Advantages
Driverless vehicles can form virtual On Demand Hot Lane Toll Lanes and transmit fees electronically. No toll booths needed.
Operating cost of 6-10 passenger self-driving VanPool vehicles will be very competitive and can safely tailgate at 60 MPH like virtual railway train cars but with much greater capacity and comfort.Driverless Vehicles will provide transportation services all day and all night, without needing to park on the street or in a garage. Insurance rates will be the lowest for driverless vehicles because they will have the lowest accident rates.

Quieter electric self-driving vehicles can be charged using solar voltaic panels and will not require the enormous electric bill, traction power and power plant stations required by the current HART rail. This new public transit industry will be self-funded by private enterprise. 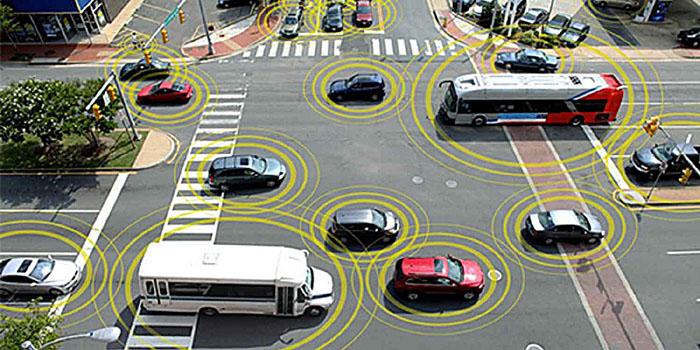 Driverless Vehicles will report in for periodic servicing automatically at the most optimal coordinated times, significantly lowering operations cost. Their safety checks and registrations will always be current. Tolls and fees paid automatically.Driverless Vehicles will help eliminate the need to own a second or multiple family cars. Traditional family cars will likely remain for a decade in garages as the public accepts the reliability and lower cost features of driverless on demand transit services for daily job commuting.
There will be a wide range of specialized driverless vehicle services created or enhanced including overnight package delivery, emergency medical response, food market deliveries, etc. People not requiring driver licenses or car insurance can accompany driverless vehicles for personalized service at the destination.The introduction of self-driving cars will lessen consumer opposition to paying more to use roads during peak periods. Ride-hailing apps have taught consumers to accept surge pricing, and people are generally less resistant to paying for something new if it is comfortable and convenient. It’s like ordering a pizza. H-1 congestion pricing, toll fees, virtual hot lanes will be built in to self-driving transit. 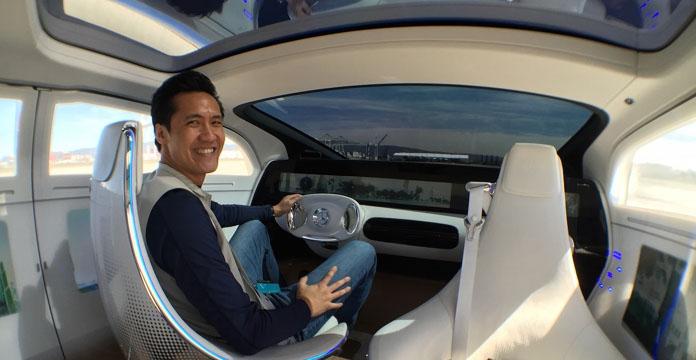 On H-1 there will still likely be traffic jams and accidents but smart car riders will get to eat, sleep, read, watch videos, etc., in an air-conditioned vehicle with a comfortable personal seat with a few commuter friends. Private industry Smart Car/Van operators will offer electronic coupons, and many incentives to attract riders, including a cost breakdown showing how their service is still cheaper and more convenient than the combined costs of operating a vehicle every day for commuting. 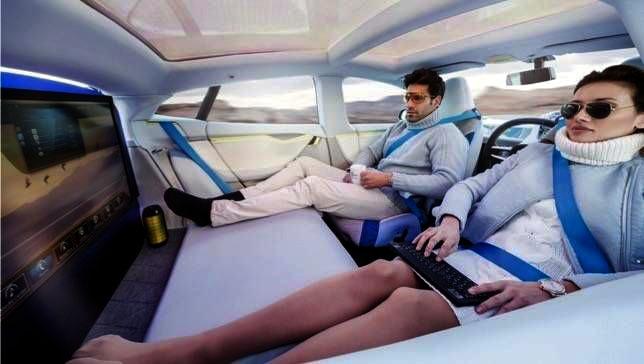 Larger Hawaii corporations will likely offer self-driving vehicle services to their employees as a very popular employment benefit. Daily home to office commutes will be extremely popular and a time to sleep, read or talk with coworkers.

Hawaii military DoD will likely contract self-driving vehicle services for active duty military and base workers. This will become a booming private industry with or without a DoD subsidy.

Those private industry Smart Car/Van operators will find the right mix of customers just as clothing stores and restaurants determine exactly the style and tastes their customers want and are willing to pay for. This is why the private industry "On Demand Transit" model will be superior in every way - including safety checked vehicles with low insurance rates automatically paying highway toll fees and taxes to the State.
TV’s Knight Rider‘s concepts of AI and autonomous vehicles were science-fiction in the 1980s and are now a science fact. Popular internet, social media, movies, TV will drive the self-driving vehicle phenomena forward backed by ad budgets. 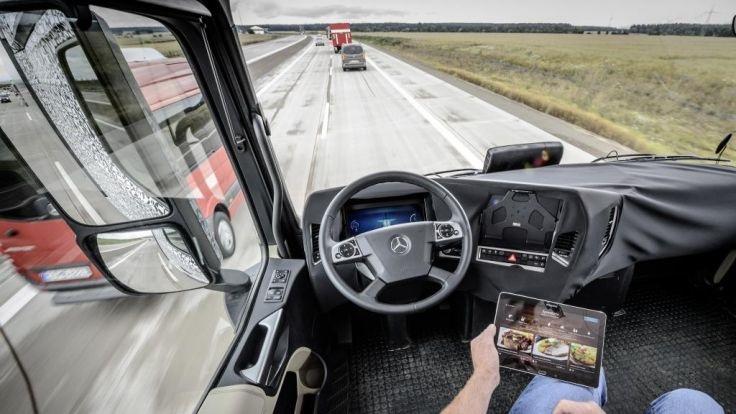 Clean Disruption - Why Energy & Transportation will be Transformed by 2030 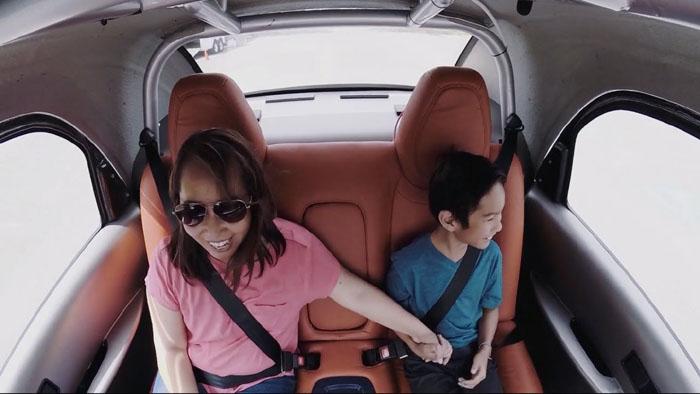 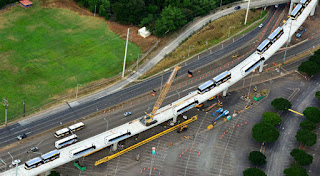 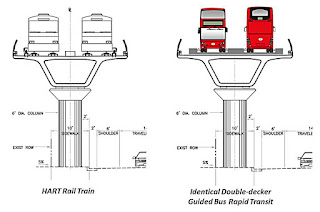 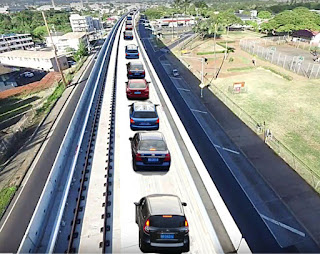 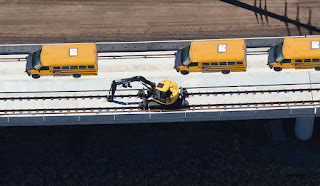 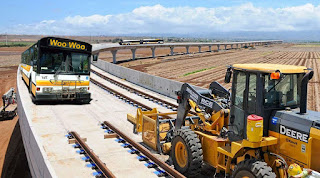 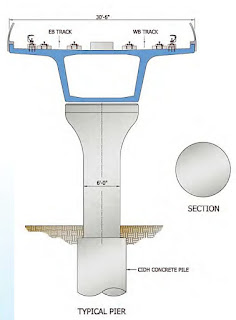 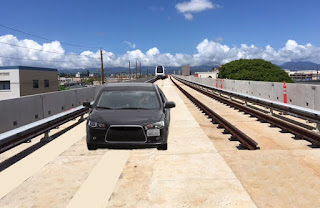 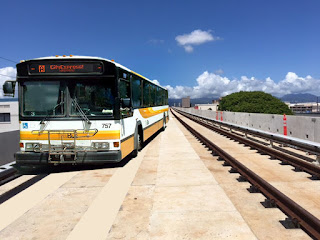 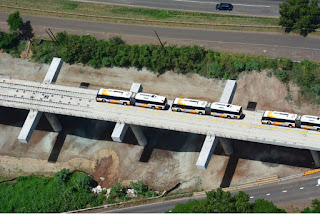 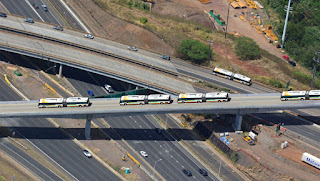 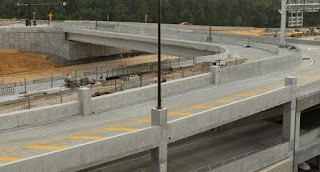 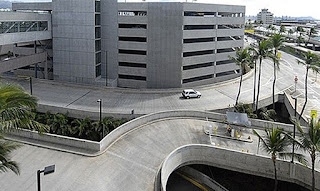 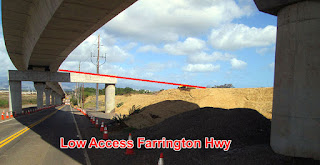 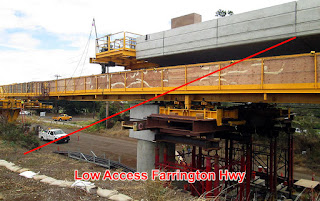 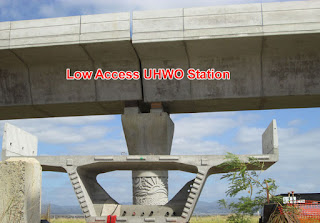 Posted by oahualtrans at 2:10 AM